The Location Data Scotland Advisory Board is made up of leading industry figures from across industry, academia and public sector. They support, guide and advise on all aspects of our work. 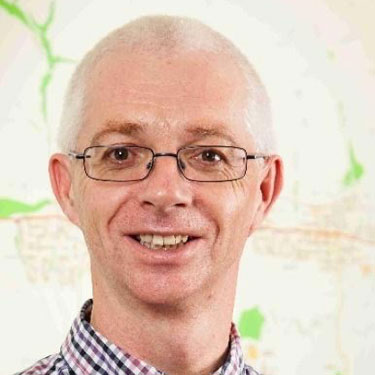 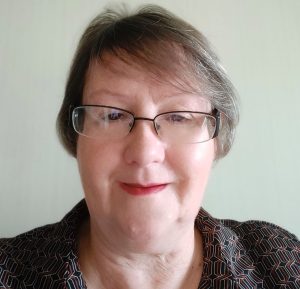 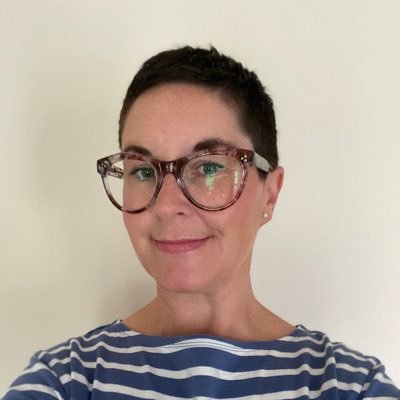 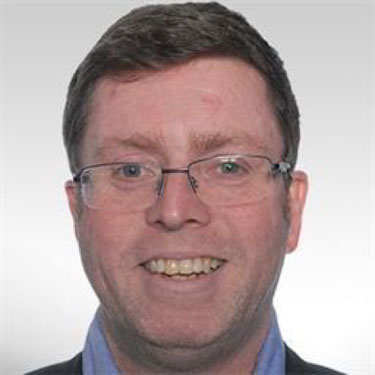 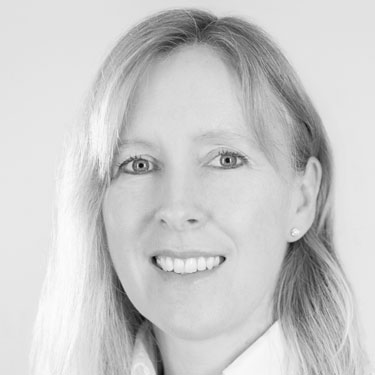 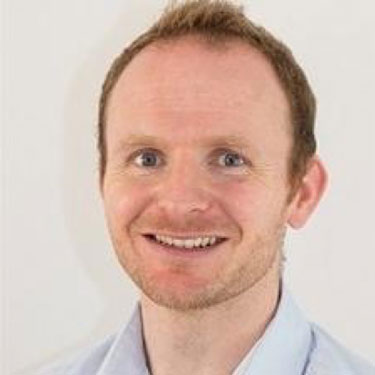 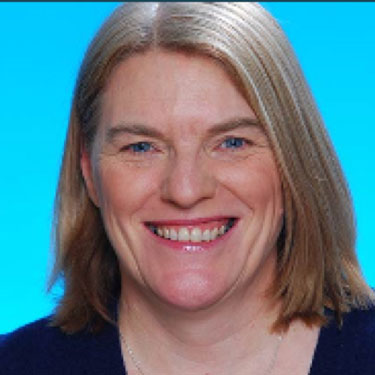 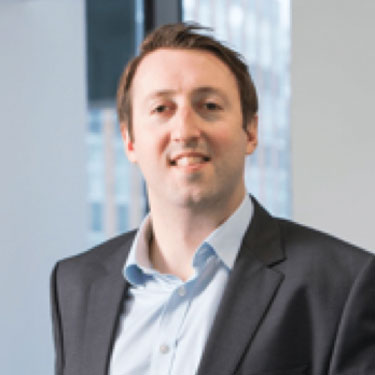 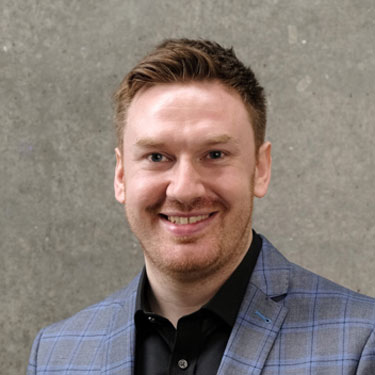 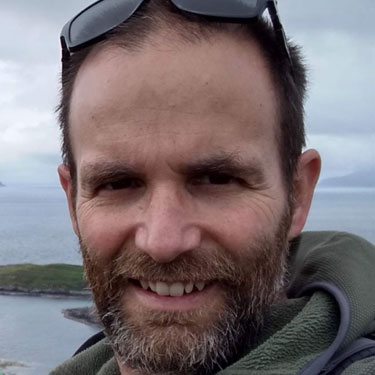 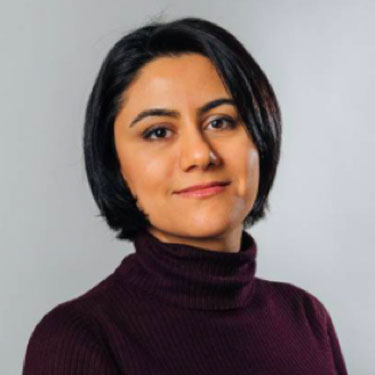 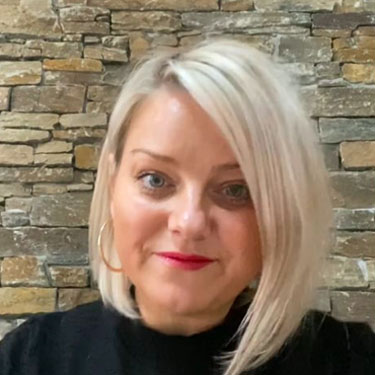 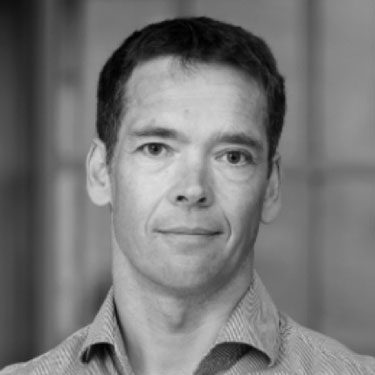 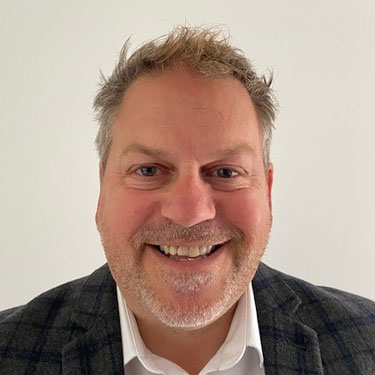 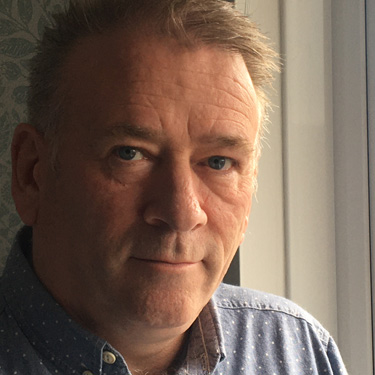 Alan is the Chief Executive of thinkWhere, a leading geospatial data and technology company in Stirling. He has an extensive career in the geospatial industry across the public and private sector. He is a highly skilled business leader and entrepreneur, advocating the benefits and opportunities that geospatial data and services can bring to government, business and the citizen.

He has worked with Ordnance Survey, local government and a major utility in analyst, consultancy, data, project and operations management roles. He now works closely with clients on the wider business and digital transformation required to realise the benefits of geospatial data in a sustainable manner. He is a strong advocate of open source geospatial technologies and is excited by the new wave of potential that geospatial data can bring across a very diverse audience.

He is a Director of the Association for Geographic Information, the geospatial industry’s membership association and also represents the interests of the national group, AGI Scotland. He is the representative responsible for the AGI partnership arrangement with ScotlandIS.

He is also Chair of the Location Data Scotland Advisory Group.

Alan joined join RoS in April 2016 as Data Architect. In the last 3 years he has worked within IT supporting the Data Team (SUN) in delivering data to ScotLIS as well as more business focused, looking at a data warehouse and the possible value of holding a provisional Ownership dataset ahead of registration.

In January 2019, Alan moved to head up the new Core Data department as Head of Data and in July 2019, he became the RoS Chief Data Officer.

Alan has 28 years of database (mainly Oracle and Postgres) experience and 18 years of spatial data experience with a solid background in consultancy and management skills thrown into the mix. His passion is data and its visualisation and he loves evangelising the merits of both.

Born and living in Glasgow, Alan has worked all over the UK and Ireland working with Mapping agencies and utility companies.

He is married with a 13 year old daughter shares his house with a small chihuahua Dexter.

Ashley is a senior consultant within Optimat. She is managing the Geospatial Network Integrator – Location Data Scotland - on behalf of Scottish Enterprise, Scottish Government and the Geospatial Commission.

Liz is a member of the Major Programme Management Team (MPM) within SE. She is experienced in delivering project management support to a wide range of projects across various sectors. This includes taking projects from initial concept, through implementation and onto full delivery of project goals. Her excellent partnership working skills allow her to bring teams of multiple stakeholders together and achieve successful outcomes for her projects.

Carol Sunderland is part of the Artificial Intelligence and Data Economy (AIDE) team at Innovate UK. She leads on satellite applications, cross-sector geospatial applications and together with the National Physical Laboratory (NPL), innovation for the National Timing Centre (NTC) programme.

I have 14 years experiences in the GIS industry across multiple organisations, both within public and private sectors.

I am in a fortunate position where I have had the opportunity to work across multiple ‘sides’ of the industry, be it consultancy services, or the custodianship/support roles. This hopefully provides a level of experience which will be beneficial to my involvement as part of the Location Data Scotland steering group.

Within my professional career, my first role from University was for Fife Council as a Property Gazetteer Officer. This made me aware of a different strand of GIS through gazetteer and address management.

Following this, I worked for a GIS consultancy, thinkWhere providing solution and support services to multiple public and private sector clients. I was also able to develop my gazetteer experience and play a key role in the creation and maintenance of the OneScotland Gazetteer, which would eventually form part of Ordnance Survey’s AddressBase product.

I then moved to my current role, within the Geospatial team of Jacobs, where our core aim is to bring Digital solutions to our programmes and clients to bring about significant time and cost savings in the design, build and maintenance of nationally significant infrastructure programmes across the world.

Identifying a challenge which can be solved through a different approach such as spatial analysis, bulk automation, or mobilising a solution such as web-mapping is extremely rewarding. Data management is also a core element of any programme, ensuring we can maintain a high level of quality and accuracy, reducing the risk of error, rework, etc.

Out with of work, I look to keep abreast of the latest advancements, both technically but also in how geospatial technologies are being applied across various industries.

Tracy Shimmield is the Director for the Lyell Centre, a purpose-built £21 m facility, which will enable the British Geological Survey (BGS) and Heriot-Watt University (HWU) to build on their individual and combined interdisciplinary expertise in land and marine conservation, geology and geoscience.

Tracy has over 35 years’ experience in environmental geochemistry. She obtained an MSc. from Strathclyde University and a Ph.D. from Edinburgh University and her research interests include: Deep Sea Mining, Marine Geochemistry, Heavy Metal Geochemistry, Anthropogenic Impacts and Impacts of Marine Waste.

She is interested in how science and innovation can come together to realise societal benefit and economic growth and was a member of the Scotland Can Do Forum set up by the Scotland’s Deputy First Minister. She also works with the Scottish CENSIS Innovation Centre.

She has also developed of an autonomous, business focused trading company, SRSL for SAMS and established a dynamic and professional Board of Directors as well as establishing and opening a foreign branch of SRSL in Abu Dhabi.

Roddy is an accomplished professional sales and relationship manager with a highly collaborative approach.

He has a diverse background in providing IT and project solutions to private and public-sector businesses. He has 10+ years’ experience in the GIS industry, delivering solutions on how to better understand customers, determine how to grow revenue, and make sound project decisions. Roddy is highly skilled at developing strategy and working with external clients, vendors and internal stakeholders to ensure targeted sales and delivery of professional services.

Dr Stephen Milne is experienced in designing, managing, and implementing international research projects for commercial product ideas with a hardware and software focus in the medical technology sector.

Stephen obtained the European MEng in Electronic and Electrical Engineering at the University of Glasgow, and subsequently worked for Agilent Technologies and Freescale Semiconductor. Following this, he completed an Engineering Doctorate within the ESPRC funded Medical Devices Doctoral Training Centre at the University of Strathclyde. Subsequently, his doctoral research was awarded further international funding to test the sensor device he developed clinically and develop further clinical sensing markers. During his time as a Research Associate at the University of Strathclyde he collaborated with a range of businesses, from multinationals to university spin out companies, on a broad range of technological innovations.

Prior to joining CENSIS, Stephen attended Babson College, Boston, one of the top rated US business schools as part of Entrepreneurial Scotland’s Saltire Fellowship program. As part of the Fellowship he spent six months with the Digital Health and Care innovation centre on a number of commercial orientated projects.

An award-winning leader and self-motivated high performer, specialising in efficient strategy to maximise value for stakeholders and achieve sustainable growth. Experienced leading from executive and non-executive roles in private and public organisations across multiple sectors. Awarded the IoD Scotland Young Director of the Year in 2019 then represented Scotland at the UK IoD awards in London.

As CEO of Visit Inverness Loch Ness, I am responsible for leading the strategy and direction of the organisation which has over 460 business members from 33 sectors across a world-renowned destination. The role involves management of a team of experienced tourism professionals who deliver services in; industry development, destination development, marketing, business events, digital engagement, and membership, to achieve the organisational objectives in line with the Business Plan and Scotland Outlook 2030. Building and maintaining strong relationships with an industry led board and a wide variety of stakeholders is critical for the successful delivery of the role whilst raising the profile of the organisation through the media, presentations, and events.

We represent the tourism sector on the Location Data Scotland steering group to support industry and needs led innovation, integration with industry to maximise the value of location data and aid in creating opportunities to help the sector achieve sustainable and inclusive economic growth.

Professor Ana Basiri works on developing (theoretical and applied) solutions to the challenges of 'new forms of data' such as missingness and biases. These solutions are based on the mindset that considers the bias, missingness, or low quality as a useful source of data to make inference about the underlying reasons for the missingness and bias. One application of this is extracting the 3D map of cities using the patterns of blockage, reflection, and attenuation of the GPS signals (or other similar signals), that are contributed by the volunteers/crowd.

In the era of big data, open data, social media, and crowdsourced data when “we are drowning in data”, gaps and unavailability, representativeness, and bias issues associated with them may indicate some hidden problems or reasons of biases and missingness. These novel solutions allow us to understand the data, society and cities better.

For this, she leads a team of an interdisciplinary team and collaborates with world-leading academic and industrial partners, including Ordnance Survey GB, Uber, Alan Turing Institute, and engage with the public, policymakers, and government.

Ana is a UKRI Future Leaders Fellow, Chair of Geospatial Data Science at the University of Glasgow, the Editor in Chief of Journal of Navigation and Associate/Guest Editor of several high impact journals including IET Smart city and International Journal Geographical Information Science. She has received several awards and prizes, including Women Role Model in Science by Alexander Humboldt and European Commission Marie Curie Alumni.

Carol is an experienced Business Development Professional, with a particular specialism in the energy efficiency and insulation markets.  She has a demonstrated history of working in the construction industry. Carol is a community and social services professional skilled in HVAC, Insulation, Renewables, Operations Management, Solar PV, Feasibility Studies, and Customer Relationship Management (CRM)

George Noble is a project manager at SAOS, having joined in 2010. George has a particular interest in innovation, supply chain collaboration, food and health marketing and the intelligent use of data within agri-food supply chains. He has extensive experience working across all subsectors of the food and drink industry in Scotland.

Martin is Policy Director for the Road Haulage Association. He is responsible for all aspects of service delivery within Northern England, Scotland and NI.  Policy matters are at the heart of Martin’s role as he works with MP’s, MSP’s and MLA’s at Westminster, Holyrood and Stormont as well as regularly working with Highways England, Transport Scotland and the Department of Environment. With overall responsibility for the servicing and support of around half of the RHA’s membership, Martin is very much a user of the UK roads network and a keen advocate of a better integrated UK-wide transport network.

Ashley is a senior consultant within Optimat and project manager for Location Data Scotland (formerly known as the Geospatial Network Integrator) . She is responsible for working alongside the funding partners Scottish Enterprise, Scottish Government and the Geospatial Commission to grow the community in Scotland and deliver the project aims.

Ashley has a wealth of experience working on data-driven innovation projects. She specialises in data, digital and emerging technologies and has a wide range and significant experience in providing services such as techno-market and demand analysis, technology roadmap development, market strategy and commercialisation support to both private and public sector organisations throughout the UK and Europe.